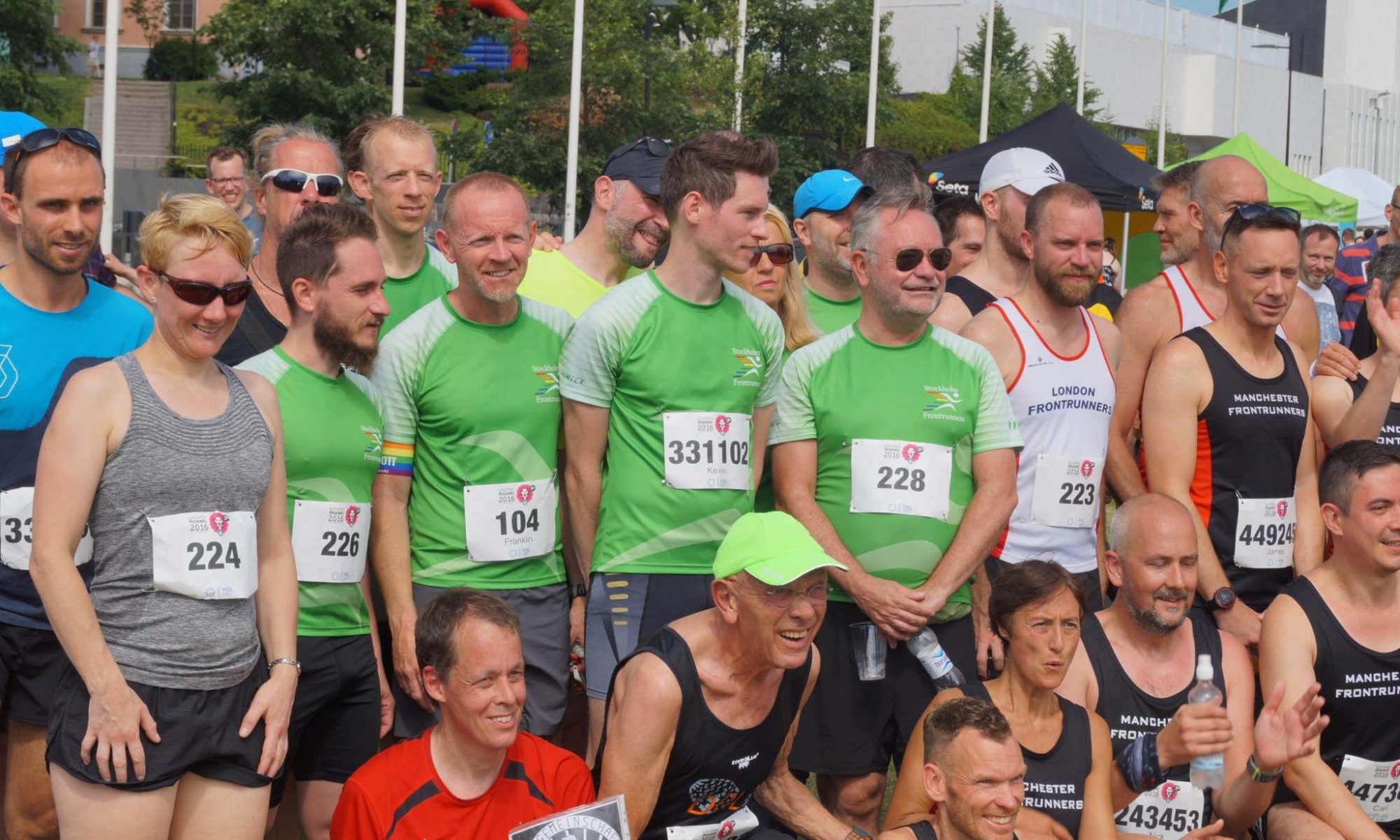 Many of the larger clubs host social events such as potluck dinners and annual banquets; participate as a team in distance relays and international LGBT sporting events such as Gay Games, World Outgames, and EuroGames; and elect officers, have bylaws and a membership-dues structure.

A growing interest in walking has led some Front Runners clubs to add “Frontwalkers” to their club name.

There are three different spellings of the organisation name: Front Runners, FrontRunners and Frontrunners.

The first FrontRunners club was formed in San Francisco in January 1974 by Jack Baker and Gardner Pond. It started as an “introduction to jogging” group listed in the bimonthly publication of “Lavender U”, which was organised to serve the gay and lesbian community. “Classes” such as creative writing, ballroom dancing, learning to play bridge, etc., were listed. Jack and Gardner were members of San Francisco’s DSE Running Club and modelled the Lavender U Joggers after it. The group met every Sunday at 10 am at a different scenic location. In 1978, Lavender U ceased to exist and the then-leader of the Lavender U Joggers, Bud Budlong, held a series of reorganization meetings that resulted in the group renaming itself “FrontRunners.” The new name was inspired by Patricia Nell Warren’s 1974 novel The Front Runner, about a gay track coach and a gay runner. Bylaws were written, dues were established, and the first election of officers was held in January 1979. Several years later, the group changed its weekly run to Saturday at 9 am at Stowe Lake in Golden Gate Park.

The second FrontRunners club was formed early in 1980 when Malcolm Robinson, a runner and employee of New York Road Runners, organised a gay running club and modelled it after the FrontRunners. He called it FrontRrunners New York. Soon after, the Los Angeles Front Runners was formed. After the first Gay Games, held in San Francisco in 1982, many Front Runners clubs were organised throughout the United States and around the world.